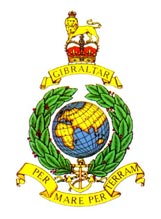 HMS CEYLON (C30),The Colony Class Cruiser CEYLON, displacement 8,875 tons, with an armament consisting of 9 x 6″ guns in 3 triple turrets,8 x 4″in 4 twin mountings, with multiple mountings of 20 & 40mm close-range weapons, commissioned in early 1950 for a standard two and a half year peacetime tour of duty in the East Indies. She sailed from Portsmouth on 15th April. (I was 19 this day!).

After her ‘shakedown’ period in Malta, during the month of May, she continued on to Trincomalee, Ceylon, arriving on the 22nd June, hoisting the Flag of C-in-C, East Indies Fleet. It was only three days later that the North Koreans invaded the South. This did not mean much to the people in CEYLON, as this development affected only the ships of the Far East Fleet.

However, on the 13th July. the ship was informed that she was to be ‘temporarily’ seconded to the Far East Fleet whilst BELFAST returned to the U K for recommissioning. The 25th July saw CEYLON off to Singapore, where she briefly docked in the floating dock for a quick bottom clean. She then sailed to HongKong on the 10th August. On the 18th August, after some very intensive gunnery training off HongKong, she and the Carrier UNICORN sailed for Sasebo in Japan for duty in the ‘Korean Theatre’.

After only a few hours at sea, the two ships were ordered to return to HongKong in order to pick up the hastily arranged 27th Brigade. CEYLON embarked the Argyll & Sutherland Highlanders at the Kowloon Station Jetty, while UNICORN embarked the Middlesex Regt. These troops and their equipment were landed in Pusan on Tuesday, 29th August. The following day CEYLON sailed for Sasebo.

The 7th September saw CEYLON start her first patrol off the West Coast of Korea, participating in the Inchon landings on the 15th. At the end of her second patrol (5th October), her extra ship’s company arrived from the U K, bringing her complement up to wartime standard. Her first two patrols had been carried out with a much reduced company, which made the duty of Defence Stations hard going, as it had meant that the close-range guns crews were closed up from dawn to dusk each day.

Towards the end of November, after further patrols, it was considered that the “war” was over! The ship was ordered to Kure in Japan for a docking and boiler clean in preparation for her return to the East Indies Fleet. However! that was when the Chinese decided to get in on the act, and it wasn’t until the end of February 1951, that CEYLON was relieved by BELFAST in order to go to Singapore for a much needed refit.

At the end of this, she returned to Korea on the 7th May for further patrol duties, which was the general pattern of the rest of her commission. She had a good record of service during the Korean War, finally being relieved by NEWCASTLE on the 4th July, 1952, her ship’s company arriving home on the 28th August having taken passage in the carrier VENGEANCE.

So much so for a temporary secondment of about three months!

During her Korean time (August ’50 – July ’52), CEYLON spent 458 days at sea, steaming some 77,800 miles, discharging 6,877 rounds of 6″, 1,965 of 4″, plus large quantities of 20 & 40mm close-range ammunition. Speaking with old shipmates at various functions, it seems that the most feared memories of those patrols, were the bitterly cold winters that had to be endured.

How the troops ashore ever managed, we do not know! The experience of Korea seems to have bound those of us still in touch, with a comradeship that is very enduring, and the ‘H M S CEYLON ASSOCIATION”‘ flourishes with a healthy membership.

Footnote: I was not on HMS Ceylon when the Argylls came on board, I have been given some of this information from members of the ships company who were there.

The “Argyll and Ceylon Highlanders” as they were unofficially named by HMS Ceylon boarded the ship accompanied in their usual style with the pipes and drums in evidence.

Once on board they were duly allocated to various parts of the ship for the trip. Needless to say the RM band and the pipes and drums got together and played on the quarterdeck.

It was also said that the Captain allowed the Battalion flag to be hoisted along with the White ensign and that was deemed a great honour to the Battalion.

After landing them at Pusan we did not meet up with them any more until after they returned from their tour and returned to Hong Kong. We met up in small groups now and then when ashore and had a few drinks together.

We sent out an invite to them for a social evening at the NAAFI Club in Kowloon (see below) and later on one New Year they invited us up to their barracks, once there we were told that we were now kidnapped for 3 days, some of us however got home by being bundled into the back of lorries possibly by Sgts and NCO’s and told to keep quiet.

Those that stayed it seemed were charged with being adrift but eventually all charges were dropped as the CO of the Argylls took full blame for what occurred, a nice gesture.